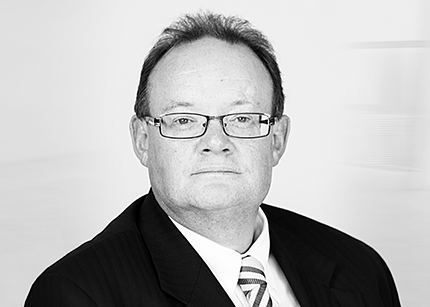 After the drama of a temporary US government shutdown, it was a case of back to business as usual in November. The release of the US Federal Open Market Committee’s (FOMC) October minutes showed the Fed may begin tapering its asset purchasing program in the coming months if the economy improves sufficiently, although most expectations have targeted Q1 2014 as the most likely date. Over the month, conflicting labour market statistics were released. Despite 204,000 net new jobs being created, the unemployment rate edged higher to 7.3% with an accompanying decrease in the participation rate, which fell to its lowest level since 1978. Meanwhile, manufacturing activity remains robust, with the national ISM survey accelerating to its highest level since April 2011, led by an improvement in export orders. Similarly positive was the building permits release which jumped to a five year high. Elsewhere, the Senate Banking Committee voted 14-8 in support of Janet Yellen’s nomination as the next Chair of the US Federal Reserve. Her nomination is now with the Democratic controlled Senate, but this now seems all but assured with a rule change requiring only a majority of votes to approve her nomination.

Events in the US dominated the headlines in October with a 16-day partial government shutdown interrupting economic data flows and unnerving equity markets. However, markets staged a rebound following the resolution of the government shut down and an eleventh-hour deal to negotiate the country’s debt ceiling. Additionally Janet Yellen, well known for her “dovish” policy stance, was nominated as the next Fed Governor and she is expected to replace Ben Bernanke in January 2014. At the October Federal Open Market Committee (FOMC) meeting the Fed decided to leave the pace of asset purchases unchanged stating that it will await further evidence that economic progress has been sustained before adjusting the pace of its current stimulus. The combination of Yellen’s nomination and the interruption of fourth quarter data flow are likely to have increased the prospect of a further delay to the Fed’s policy tapering process.

After months of speculation, the US Federal Reserve announced no change to its asset purchasing program. Global equities and bond yields had been gradually increasing in the lead up to the Fed’s September meeting. In the aftermath though, equities retraced some of their recent gains, while bonds rallied sharply. Looking ahead, with Janet Yellen set to be named the next Fed Governor, expectations of tapering may be pared back further owing to her reputation as being strongly in favour of the Fed’s quantitative easing program. Of more immediate concern is the prospect of a US default. At the time of writing, Republicans and Democrats are locked in a political stalemate over increasing the debt ceiling.

In August market performance was mixed in the face of burgeoning political uncertainty in Egypt and Syria, and the expectation of a likely start to tapering by the Federal Reserve in September. Both developed market fixed income and equity markets moved lower as the prospect of the Federal Reserve scaling back its bond purchasing program at its 18 September meeting pushed US Treasury yields higher. Emerging market currencies in particular were heavily sold off with significant falls recorded by the Indian Rupee and the Indonesian Rupiah. The substantial declines recorded by some currencies forced a number of policymakers to intervene in their respective foreign exchange markets. Brazil’s central bank announced a USD $60 billion currency intervention program which will provide funding to the foreign exchange market until the end of 2013. This move was followed by a 50 basis point (0.5%) hike in Brazil’s benchmark rate taking it to 9.0%.

July turned out to be a strong month for global equity markets. The US Federal Reserve continued to emphasise there was little risk of an imminent slowdown in its asset purchasing program, while the results of US and European earnings season were generally positive. Economic data in the US was also encouraging, with a range of manufacturing surveys beating expectations. The ISM manufacturing index was the standout, jumping nearly five points to 55.4 – a level not seen in over two years. Q2 GDP growth also exceeded economists’ expectations, running at an annualised rate of 1.7% in the June quarter. On the downside, despite the Case-Shiller home price index increasing sharply, housing starts and building permits unexpectedly fell, while non-farm payrolls came in lower than expected at 162,000. Despite this, the unemployment rate fell to a four year low of 7.4%.