Frontier’s Board of Directors comprises a non-executive Director nominated by each of the four shareholders, along with a fifth independent Director and an independent Chair. 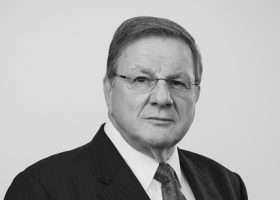 Gabriel has over 35 years of experience in the taxation and superannuation industries and was a senior partner with PricewaterhouseCoopers for over a decade. He holds a number of other senior appointments including Employer Director of CareSuper and Special Advisor to the Centre for Investor Education (CIE). Mr Szondy is a Fellow of the Association of Superannuation Funds in... More 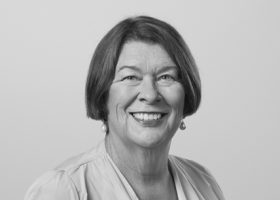 Dr Deborah Cole is an appointed representative of HESTA. Deborah is currently the CEO... More

Dr Deborah Cole is an appointed representative of HESTA. Deborah is currently the CEO of Dental Health Service Victoria and was appointed to the HESTA Board in 2015. Deborah is also a Board Director and chair of the Finance & Audit Committee of the Australian Healthcare and Hospitals Association and a Board Director of the Hessel Care Foundation. She has over twenty years' experience at CEO and senior executive levels, holding CEO positions at Calvary Health Care and the Yarra City Youncil, as well as senior executive levels at Mercy Health and St Vincent’s Health. Deborah was Director of The Royal Dental Hospital of Melbourne from 1995 - 1999 and previously held senior positions at the South Australian Dental Service. She holds an MBA, a Bachelor of Dental Science and a host of other qualifications across the Medical, Health and Leadership disciplines. 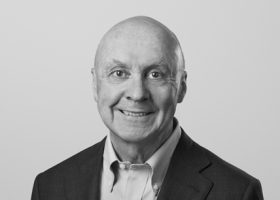 Dr John Edwards is an appointed representative of Cbus and is a Director on the Cbus ... More

Dr John Edwards is an appointed representative of Cbus and is a Director on the Cbus board. Dr Edwards has completed a five-year term as a member of the Board of the Reserve Bank of Australia in 2016 and was the Chief Economist for Australia and New Zealand for the global financial group, HSBC. Earlier he had been a Principal Economic Advisor to Treasurer and then Prime Minister, Paul Keating. John is a non-resident Fellow at the Lowy Institute, an Adjunct Professor with the John Curtin Institute of Public Policy at Curtin University, and a member of the Board of CEDA. Prior to joining the RBA Board, he headed economic planning and development for the Kingdom of Bahrain. He holds a Ph.D and M.Phil (Economics) from George Washington University and a Bachelor of Arts from Sydney University. 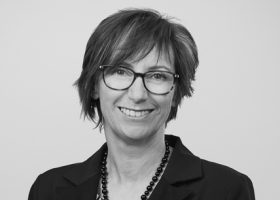 Angela is an independent Director of Frontier. She has extensive experience as a prof... More

Angela is an independent Director of Frontier. She has extensive experience as a professional Non-Executive Director having served on a range of industry fund and related Boards for nearly 25 years. Angela is Chair of Suicide Prevention Australia, a Director on the UN supported Principles for Responsible Investment (PRI) and recently completed a 9 year term as Chair of HESTA. Angela served as a Director of the Australian Institute of Superannuation Trustees from 2002 to 2016, including as President from 2014 to 2016, and was previously a Trustee Director of HESTA, CareSuper, Vision Super, VicSuper and AusFund. With more than 30 years of experience as a senior manager, line manager, and adviser to management, Angela has extensive experience in a vast range of strategic and governance issues. In addition to her Trustee role, Angela is a founding director of the consulting firm, LIME Management Group, which provides management consulting services primarily to the health and community services sector. Angela has a Master of Business and a Bachelor of Economics and is a Fellow of the Australian Institute of Superannuation Trustees. 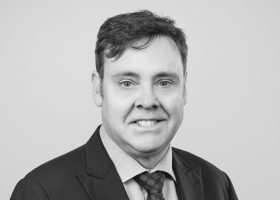 Scott is a member representative of First Super. He has seven years of governance exp... More 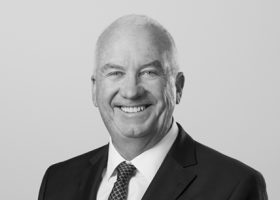 John is an appointed representative of AustralianSuper and is an Employer Director on... More

John is an appointed representative of AustralianSuper and is an Employer Director on the AustralianSuper Board of Trustees. John has more than 35 years’ experience as a CEO or executive and non-executive director, predominately within the logistics and services sector. His previous experience includes, Executive Director/COO at Linfox, Executive Director/COO at Skilled Engineering, Managing Director at Westgate Logistics, Managing Director at Silk Logistics Group and Chair of a privately owned transport company. He is a member of the advisory board of the charity Youth Endeavour Youth Scheme. John is also a Graduate of the Australian Institute of Company Directors (AICD) and a non-executive director of AiGroup.

Frontier’s Board of Directors comprises a non-executive Director nominated by each shareholder and an independent Chair.